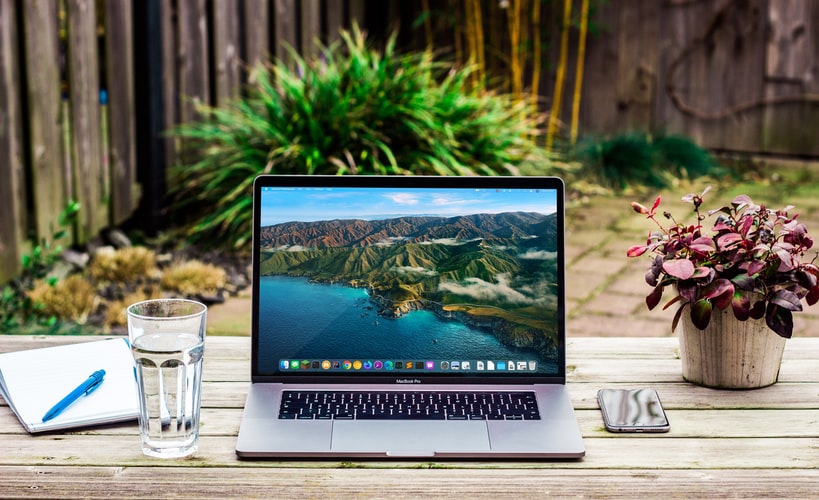 If you’re a graphic designer, then you might be wondering what the best laptop for graphic design is. This is a question that can be easily answered when you take a look at the laptops hardware, rather than the software installed. The hardware will influence how well the laptop performs when running software programs.

Plenty of people tend to choose either Apple or Dell when it comes to notebooks, due to strong brand awareness. They usually employ a lot of marketing strategies which make it clear that you won’t ever regret choosing one of their products. These two brands are known pretty much anywhere you look as the top manufacturers for all things laptop related.

If we’re talking about laptops for graphic design, then we shouldn’t ignore these two brands either since their products usually integrate the best in the tech world, and the models they bring out on a regular basis will have the latest processor model, along with more RAM than the previous model and a better graphics card.

Let’s take a look at a few of the things that actually matter for graphic designers:

When you choose a laptop, make sure you understand this spec. The screen resolution if the amount of actual pixels the laptop can output on the screen, and it won’t necessarily have to do with the actual screen size itself. There are certain ultra-portable laptop models with small screens but high resolutions. This doesn’t mean you should settle for a small screen laptop for your design work. A 13 inch laptop might be attractive at first sight, and it might bring a lot of portability to the table, but it gets rather difficult to do any editing on such a small screen.

Your aim should be at a laptop which carries a screen that’s at least 15.4 inches in diagonal screen size. Also, the pixel density, or DPI should be high. There are new laptop models which can output Full HD resolutions even on a standard 15.4inch screen.

Before you buy the thing, make sure you test it out. This means doing an actual resolution test and see which resolution works best for you. These newer notebooks are capable of decent resolutions and it would be wise to take your time and go through them.

You should open up several programs, like Adobe Photoshop or Illustrator and see how the overall layout of the software fits into the screen, how large the editing space really is and if the edited image is sharp enough for you to work with. After several tries, you should come to a point where you find a laptop that’s just perfect for the work you intend to do.

If there’s a laptop you might like, like one of those MacBook Air which are rather small both in resolution output and the screen size itself, it’s a good idea to get a monitor which you can use to extend the current laptop desktop, so you can store all the toolbars and dockers on your laptop screen and do the editing work on the big monitor where you can see it better.

The system memory is another crucial factor to look for when you’re picking a laptop for graphic design work. Graphic design programs tend to use a lot of RAM and that can lead to poor system performance if the laptop is not prepared for such a task. The more RAM your laptop has, the better it will run in the grand scheme of things. A lot of RAM means the added ability to run several design programs at once and easily switch between them. The amount of system memory installed will also impact pretty much anything else you might be running on your computer, from movies, games, browsing or actual office work.

Now I know a lot of graphic designers and they tend to run a lot of programs all at once. Of course, their computers are configured with a ton of system memory which makes it easier for the computer to handle running Photoshop, Illustrator and other vector graphic design programs all at once. The thing to remember here is that the amount of system memory directly impacts overall system performance.

Your aim should be in the 4GB range minimum, and that’s just for starters. If you’re on a budget, this is your starting point and you should plan to add more memory modules in the future.

If you want to heavily multitask and run several programs aside from the graphic design ones, you should think about laptops with about 8GB of RAM installed. Several laptops available in the current market allow you to purchase the standard model, with about 4GB of RAM but they include the possibility of adding more via the open memory slots available.

Now if you go for an Apple laptop, you might want to take into account the extra charge you might come across if you intend to upgrade your current model with more RAM. Some vendors do this, and they charge extra if you want to upgrade your laptop. If you don’t mind getting your hands dirty, you should try to get the RAM modules online and install them yourself, rather than pay extra for really easy screwdriver work.

The CPU, or processor in the laptop is the part that makes all the calculations. It’s an essential piece of vector based design programs, where there are a lot of parameters to take into account. A decent CPU should be another thing on your list of things which make up the best laptop for graphic design.

There are several possible choices to be made here. A good starting point is to aim for laptops carrying at least a dual-core processor. This will allow you to run applications a lot better so you won’t suffer from system halts or sloppy operation.

If you opt for a laptop with a quad-core processor, you should have no trouble running pretty much any graphic design program out there.

If you truly want the best laptop for graphic design, you will most likely never choose one which comes with an integrated graphics card. This is because integrated GPUs (Graphics Processing Unit) uses the available RAM to output the image on the screen, whereas a dedicated graphics card has its own RAM, or VRAM.

You can lose a lot of RAM if your laptop has an integrated GPU, and system memory is very important in graphic design laptops.

Such systems will run slower since they will split up the available RAM for running the actual programs and the integrated graphics card. This should be another item on your list – get a laptop which has a dedicated graphics card.

Now if you were a gamer, you would be concerned with the type of graphics card installed, since this is an important aspect in gaming laptops. But since the laptop will be used for graphic design work, a mid-range video card will do just fine. If your work implies doing 3D graphics work as well, then a high-end graphics card is needed as well.

Current laptops in this niche have good graphics cards with about 1-2GB of dedicated memory. These are good for both graphics design and a bit of gaming as well when you’re not in the mood for work.

why you need barcodes

There are many different designs of jewelry